What are the Jewish Fast Days? What do we do?

Fasting, and fast days, as a spiritual exercise reflects two very different aspects of human nature: the desire to afflict the soul for spiritual gain and the desire to limit the practice of asceticism to certain communal, predetermined rituals that will prevent the kind of excessive self-denial that might conceivably be misconstrued as a rejection of God’s gifts to humankind.

Both of these concepts have a place in Judaism.

On the one hand, the Torah recognizes the positive place of self-denial in sensitizing people to the degree to which they must be thankful to God for the good things in their lives. On the other hand, by setting aside predetermined fast days, Judaism simultaneously gives license and limit to this tendency.

There are three different kinds of fasts within Jewish spiritual and legal tradition: statutory public fasts, occasional public fasts (i.e., those decreed on an ad hoc basis), and private fasts undertaken by individuals for their own private reasons.

The second and third of these kinds of fasts are rare today, but many statutory public fasts are well-known and widely observed. The best known in this category, of course, is Yom Kippur, the sole statutory fast decreed by the Torah itself.

Changes and Additions to Services

There are a number of changes and additions to the fast day’s services.

A special prayer, called Aneinu, is added in the reader’s repetition of the Amidah during the Morning Service. Following the Amidah, Avinu Malkeinu is recited.

Three people are called forward to the Torah and a standard reading for fast days (Exodus 32:11–14 and 34:1–10) is read with the interesting added feature that the Torah reader pauses three times to allow the congregation vocally to participate in the reading by declaiming aloud three specific phrases (the last seven words in Exodus 32:12, the last ten words of Exodus 34:6 and the first eight words of Exodus 34:7, and the last four words in Exodus 34:9), before the reader repeats them as part of the formal reading.

During the Afternoon Service, the same Torah portion is read again. The third person is designated the maftir and subsequently chants the special haftarah for fast days, Isaiah 55:6–56:8.

In the silent Amidah, those who are fasting add the Aneinu paragraph in the Tefillah blessing, but the cantor or prayer leader repeating the Amidah aloud adds it in as a separate blessing, a rare twentieth benediction, right after the Ge’ullah (also spelled Geulah) blessing, and also adds the Priestly Benediction to the repetition of the Amidah.

The Sim Shalom version of the final blessing, the prayer for peace, is recited instead of the usual afternoon version, Shalom Rav. Avinu Malkeinu is also added to the Afternoon Service.

The Fast of Gedaliah

It falls on the third day of the month of Tishrei, the day following Rosh Hashanah, and hearkens back to the days of Gedaliah ben Ahikam, who was a Jewish official appointed by the Babylonians after the destruction of the First Temple (Jeremiah 40:7, 2 Kings 25:22, and cf. BT Rosh Hashanah 18b; Klein, p. 251).

This minor fast commemorates his assassination and the end of hopes that a reasonable accommodation with the Babylonians could be achieved. The fast begins at sunrise and ends at nightfall.

The Fall of Jerusalem

If the Fast of Gedaliah, the Tenth of Tevet, the Seventeenth of Tammuz, or the Ninth of Av should fall on Shabbat, their observance is postponed until Sunday. (The Fast of Esther can never fall on Shabbat.)

The Fast of Esther

While a fast is mentioned in the Bible at Esther 4:16, it is not at all explicit there that an analogous fast was meant to be observed by successive generations; its ongoing observance was an addition of the rabbis of ancient times.

In the Book of Esther, the heroine proclaims a three-day fast so the people can pray for her before she dares present herself before King Ahasuerus. We commemorate this three-day fast with a one-day version on the day preceding Purim. This fast is observed from sunrise until nightfall.

If Purim falls on Sunday, the fast is observed the previous Thursday. This is the least strict of all the statutory fasts. Even if one’s eyes are merely aching as a result of not eating, one may break the fast (gloss of the Rema to SA Orach Chayyim 686:2)—the essential element is not to ruin the enjoyment of Purim itself by taking an overly fastidious approach to the fast that precedes it.

The Seventeenth of Tammuz

The Seventeenth of Tammuz is also a sunrise-to-nightfall fast day. Coming just three weeks before the Ninth of Av, this fast commemorates the breach of the walls of Jerusalem by the Romans after many months of siege in 70 C.E. (The fast also commemorates the breach of the walls during the Babylonian siege of the city in the sixth century B.C.E., although historically this occurred a week earlier in the month, as noted at Jeremiah 39:7.)

Three weeks later, the great fast of the Ninth of Av recalls the destruction of Jerusalem during both sieges. (At Jeremiah 52:12, the prophet gives the precise date for the destruction of the city as the tenth of Av, but this is not taken into account in our liturgical calendar.)

The Nine Days and the Three Weeks

The Seventeenth of Tammuz inaugurates a mournful period that culminates three weeks later on the Ninth of Av. This period, popularly called the Three Weeks, is observed as a time of communal sadness and mourning. Weddings and other joyous occasions are not scheduled during this period (SA Orach Chayyim 551:2).

The days between Rosh Ḥodesh Av and the Ninth of Av are called the Nine Days and are characterized by the rabbinic dictum: “When Av begins, our joy is diminished” (Mishnah Ta’anit 4:6).

Except on Shabbat, it is customary to refrain from eating meat and drinking wine during this nine-day period (SA Orach Chayyim 551:9, where several variants of this custom are listed).

The reason for both prohibitions is simply that meat and wine are commonly associated in our tradition with joy and celebration. Others observe still other restrictions of public celebration during these final days leading up to the Ninth of Av.

The last Shabbat is called Shabbat Hazon, a name derived from the opening words of that week’s haftarah. There are numerous customs regarding the use of the melody used to chant the Book of Lamentations on the Ninth of Av during this introductory period.

Much of the haftarah on Shabbat Hazon is chanted to this special trope, for example. Similarly, some sing parts of Lekha Dodi to the tune of Eili Tziyyon, one of the most popular dirges sung on the Ninth of Av, during the Kabbalat Shabbat service leading into Shabbat Hazon. 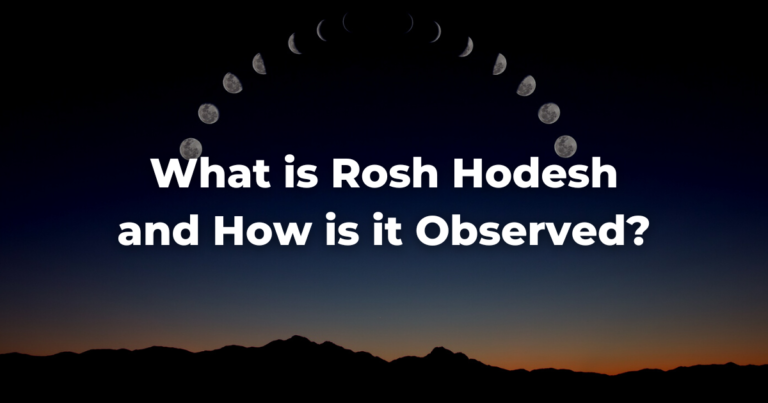 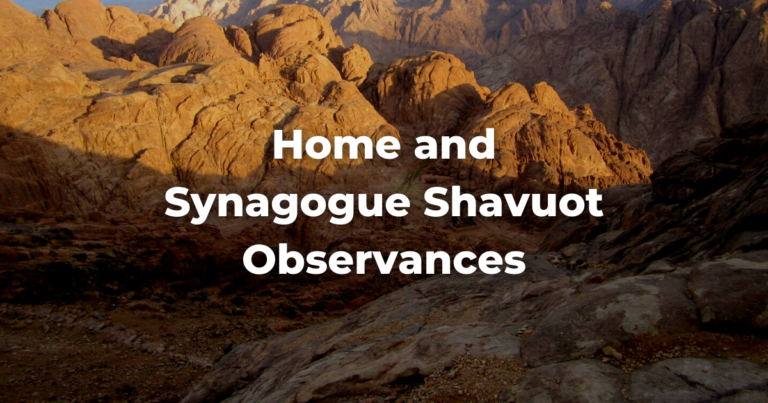 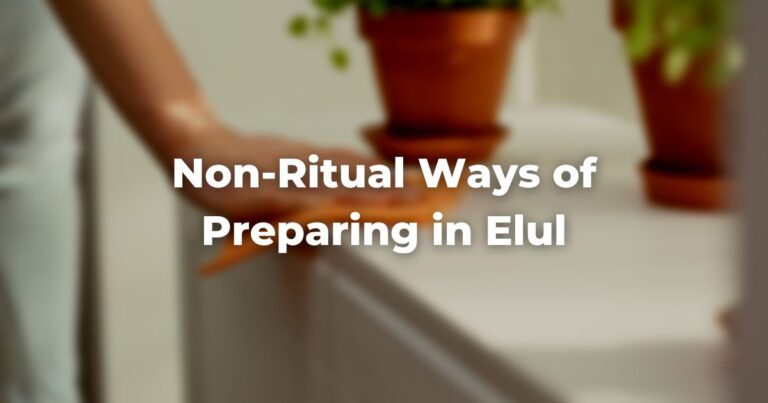